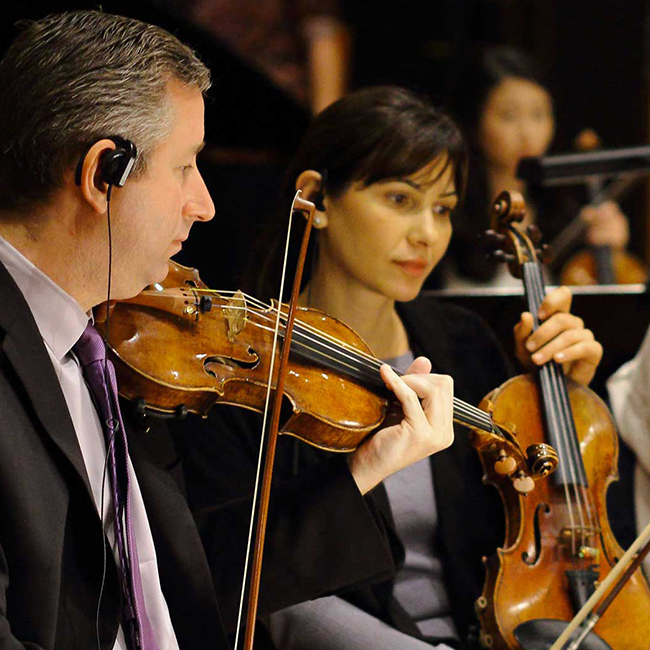 The Hollywood Chamber Orchestra, founded by musicians Noah Gladstone and Mark Robertson in 2015, has fast become a major part of the Southern California music scene.

It was created to fill a void of a year-round professional orchestra in the Hollywood area.  In the past year, the orchestra has commissioned eight new works, including the world premiere performance of the documentary film Blackfish, composed and conducted by Emmy-winner Jeff Beal.

The orchestra has also recorded new works by composers Pete Seibert, Ashoka Thiagarajan, and Alison Plante.  In addition, the orchestra was featured in two sold-out concerts at the historic Pantages Theater, performing the music to Star Trek: The Ultimate Voyage, conducted by Justin Freer. The upcoming documentary film Beartrek, directed by Chris Morgan, features the HCO performing a score by Jeremy Zuckerman.