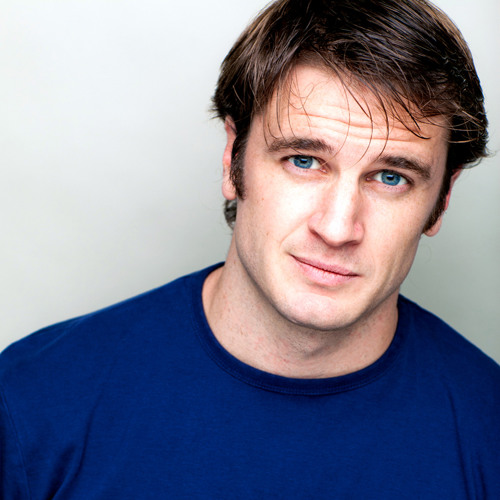 Patrick Lundquist (Lyrics, Co-Book) is a singer-songwriter residing in Los Angeles, CA. He began his career working for 7-Time Grammy Award-winning singer Al Jarreau. Patrick’s talents intrigued Mr. Jarreau, and the two began sharing and writing music together. Soon after, Patrick began singing backup for Al in studio and in concert. Mr. Jarreau has referred to Patrick’s music as “getting to the intricacies and sensitivities of what lyrics can bring to a piece of music.“ In January 2011, Patrick branched away, co-writing an EP for his vocal group Embassy Tide, with collaborator Pete Seibert. The EP debuted at #9 on the iTunes vocal charts.

The CD came across the desk of jazz legend George Duke who has called it “A Huge Sound.” Patrick has performed these songs for audiences exceeding 20,000 in such venues as the American Airlines Arena in Miami and the Greensboro Coliseum Complex. Other significant performances include a small benefit for the Kennedys on Cape Cod, and at the Republican Party’s largest annual fundraiser, The President’s Dinner.

In Spring 2013, he took 3 months to work in the music department on BIG FISH with Andrew Lippa during its pre-Broadway Chicago tryout.

His voice has been heard on numerous studio releases, including Adam Lambert’s Billboard Top Ten album For Your Entertainment, as well as the hit comedy Easy A. In his role of associate producer on Al Jarreau’s latest #1 Billboard Jazz album, Lundquist co-wrote with Jarreau and Duke on the song Summer Breezin’, and arranged and sang background vocals throughout the album.

Seibert & Lundquist have taken part in the 2012 Johnny Mercer Songwriters workshop at Northwestern, the 2012 ASCAP Musical Theatre Songwriters Showcase, as well as the 2013 & 2015 JMF Writers Colonies at Goodspeed Musicals. Their work has been featured multiple times at 54 Below and Birdland among other venues in NYC, as well as at ASCAP showcases, Musi-CAL and A Little New Music in Los Angeles.